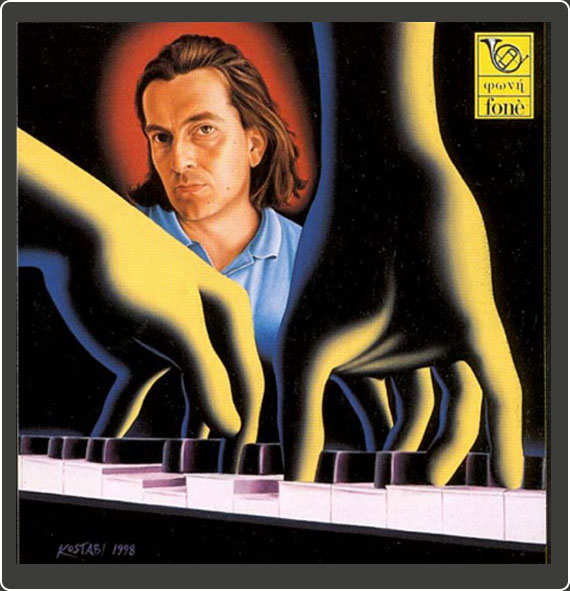 Maestro Pianist Giacomo Franci is the Artistic Director and the Conductor of The New York Chamber Players, an organization he founded in 2004.

Giacomo Franci is world renowned as the leading interpreter of the music of Aaron Copland. He earned this highly coveted position based on the merits of his acclaimed world premiere recording “The Complete Edited Piano Works by A. Copland”, a triple CD released by Fone’ Classics.Maestro Franci performed at Alice Tully Hall, Lincoln Center, for the centennial of Copland’s birthday in February 2000, receiving rave reviews for his performance.

In December 2010 his World Premiere Recording “Igor Stravinsky: The Complete Published Piano Works” was released by Fone’ Classics. The double CD recording was praised by Audio Review Magazine as “…the Great Igor Stravinsky in the outstanding performance by Giacomo Franci”

In the year 2016 he started the Recordings of The Complete Piano Sonatas by Beethoven on Sheva Collection Record Company, this year(2020) he has in program the 3rd CD Recording

In 1998 Franci debuted at the Carnegie Recital Hall and the Italian Music Magazine “Musica” compared him to Glenn Gould and Arturo Benedetti Michelangeli.
Mr. Franci hails from Tuscany and now resides in New York City. When not performing he works at The Tribeca Music Studio, a teaching studio for aspiring pianists and singers.

Franci started his Concert Career in Italy with appearances at Teatro Comunale “Guglielmi”, Teatro San Filippo di Torino, Circolo della Musica di Bologna, and Teatro Comunale di Ferrara. When Franci is not performing as a featured pianist/soloist he devotes his time to conducting his new chamber orchestra. He is very excited about the recent attention which he and the orchestra are receiving. The Chamber Orchestra had their debut at the CAMI Concert Hall in New York City in May 2004, performing the Bach Piano Concerto in D minor, and they have been in growing demand ever since.

Franci who is constantly looking to interpret new works, studied with Gaetano Gaeta and Giampiero Semeraro while earning his Bachelor’s Degree in Piano from the Boccherini Music Institute in Lucca. He was awarded his Master’s Scholarship from the Scuola di Alto Perfezionamento Musicale in Saluzzo, studying with Jean Fassinat and the famed Aldo Ciccolini. He also studied conducting with Piero Bellugi and Gustav Kuhn at Teatro Comunale di Pisa.

Very recently he has been featured in 2 Radio Programs by David Dubal : “Piano Matters” on WWFM Radio and “Reflections from the Keyboard” on WQXR . For some of you that might not know , these radio programs feature the most legendary pianists of today and of all times .

He has also appeared on radio and television shows carried by New York One, ABC, WPIX, Manhattan Cable, Hofstra University Radio, Blusat Radio 2000 (an hour long interview broadcast to an audience of over 2 million people) and Antenna 3. In 2008 Maestro Franci was selected to the Cambridge Who’s Who Registry which lists the most accomplished professionals in the U.S.